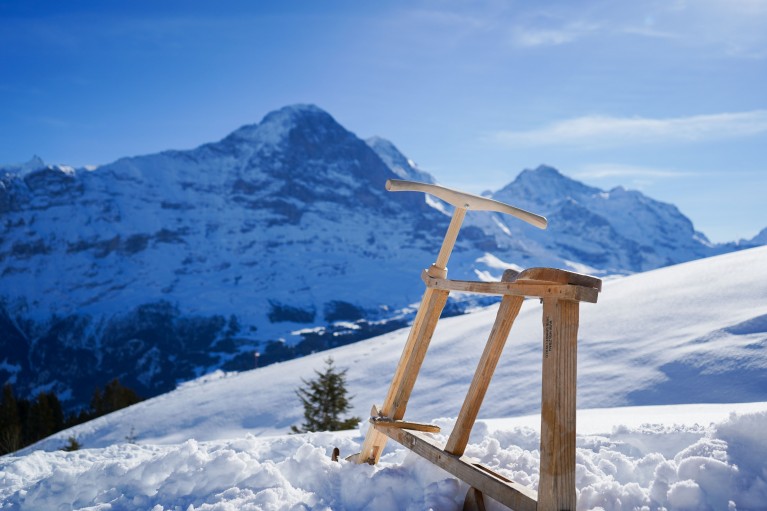 Totally normal: going against the grain in Grindelwald.

EXPERIENCE – The velogemel. A curiosity of the Eiger Village.
Grindelwald 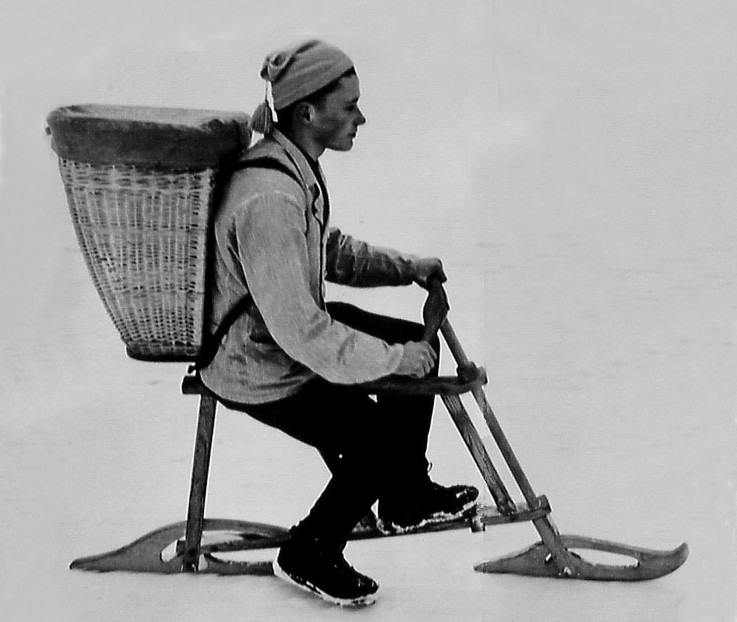 Is that normal? Of course. Completely and totally. These wooden bicycles with runners are simply part of the landscape in Grindelwald. Admittedly, we could just sit on a sledge. But no. It wouldn't be the same. Not even close. Because in Grindelwald, traditions are still alive and well. And we have to keep them alive – if only because they are incredibly fun. One of these traditions is riding down the mountain on a velogemel.

We know what a sledge is.

It’s that wooden thing on runners used to slide down snowy hills in an uncomfortable sitting position. We are also familiar with the sledge’s big brother, known as the «Hornschlitten» or «horned sledge». Once upon a time they were used to transport wood or hay. But today we compete in horned sledge races.
Which makes total sense because these wooden devices go faster on surfaces with low friction. In other words: on snow or ice. Just so it’s been said. And they go even faster on a downhill slope when gravity comes into play. The ride is sure to pack a punch. The sledge glides dramatically downhill on its runners. This Newtonian axiom is quite arduous in reverse when we arrive at the bottom and have to pull our sledge to the top again. We can hang around at the foot of the mountain for as long as we want – but nothing will happen. Total standstill. Which, incidentally, also applies to velogemel. 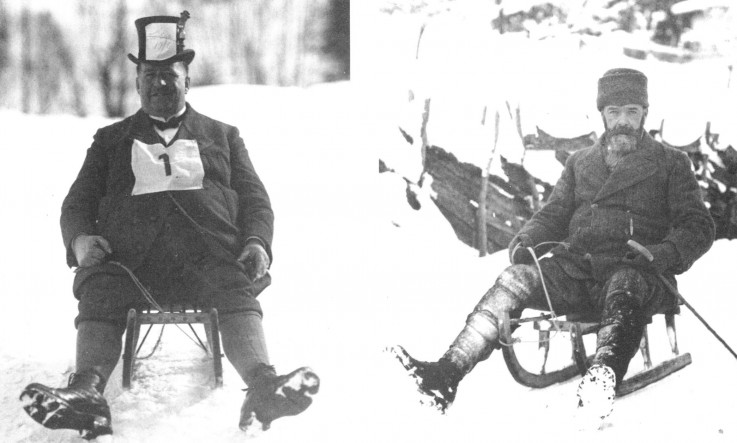 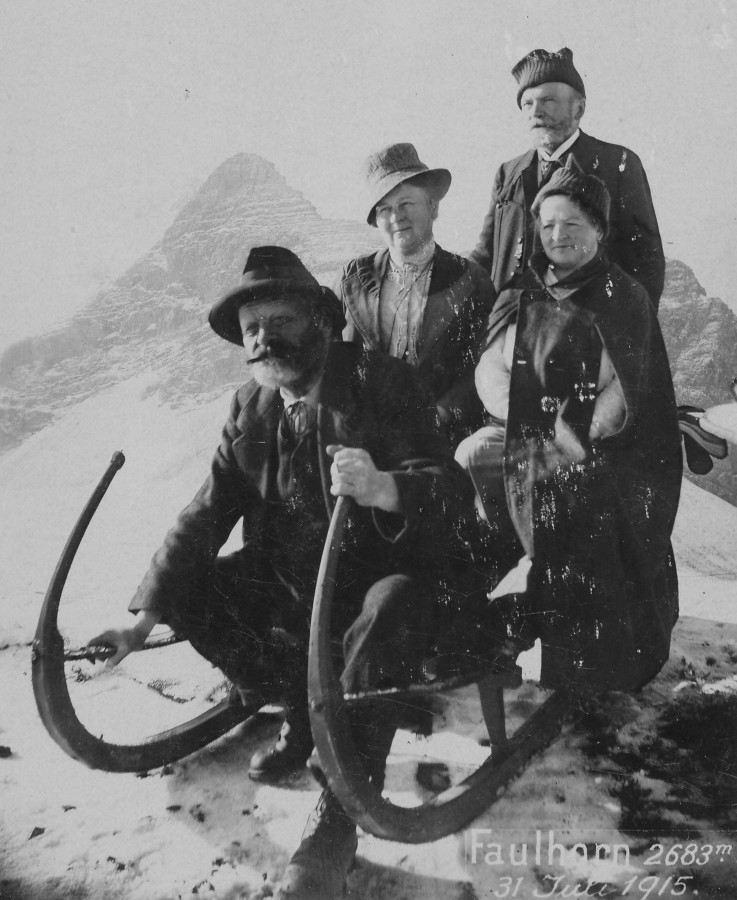 It is well known that there are many different types of sledges: ice sledges, dog sledges, horse sledges, horn sledges and many more. But a velogemel is rarely mentioned. 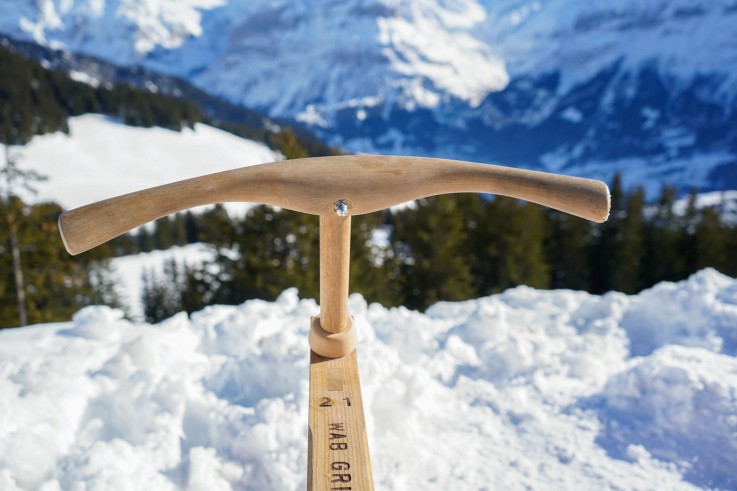 But what exactly is a velogemel?

Hmmmm, good question. The fact is that we encounter the velogemel everywhere we go in Grindelwald. Coincidence? No, not really. It has been used as a means of winter transportation for over 100 years. Exclusively in Grindelwald. Nowhere else.

It looks kind of like a bike, sort of. But on closer inspection some differences become obvious. Small, but important differences. For example, it has no brakes. You have to drag your feet to slow down. Robust footwear recommended. And, of course, there’s no gear shift. Which is logical because the idea isn’t to go uphill. And, incidentally, this contraption doesn't need air in the tyres either. The wheels are replaced by runners, which are difficult to inflate. But somehow, yes: it does resemble a bike. Even without much imagination. Which explains the first part of the name «velogemel»: vélo is French for bicycle . 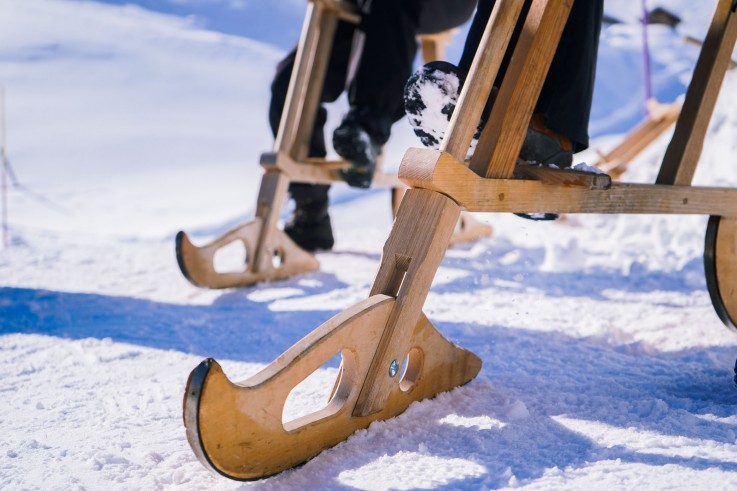 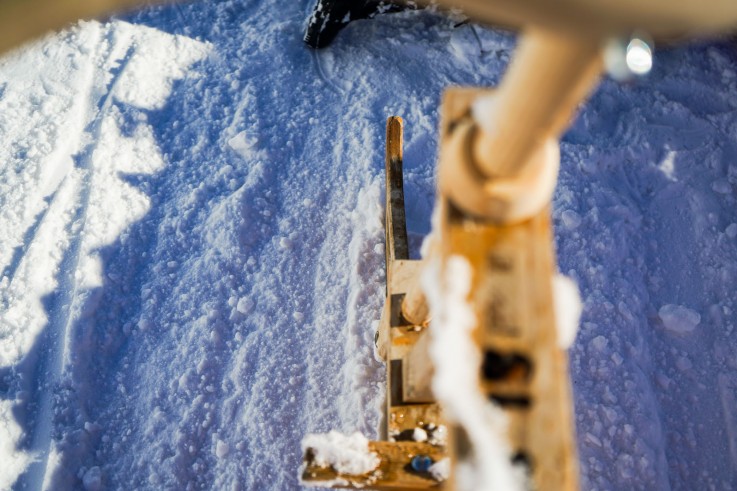 Facts and Figures
4
elements make up the velogemel: frame, runners, handlebar and seat.

The wooden vehicle is not a bicycle or a sledge,

it’s more a symbiosis of the two. And in local Grindelwald dialect, a sledge is called a «gemel». Hence the name velogemel. It's logical. And for anyone who doesn't know: in Switzerland we also say velo for a bicycle. Et voilà: the velogemel. The perfect name. 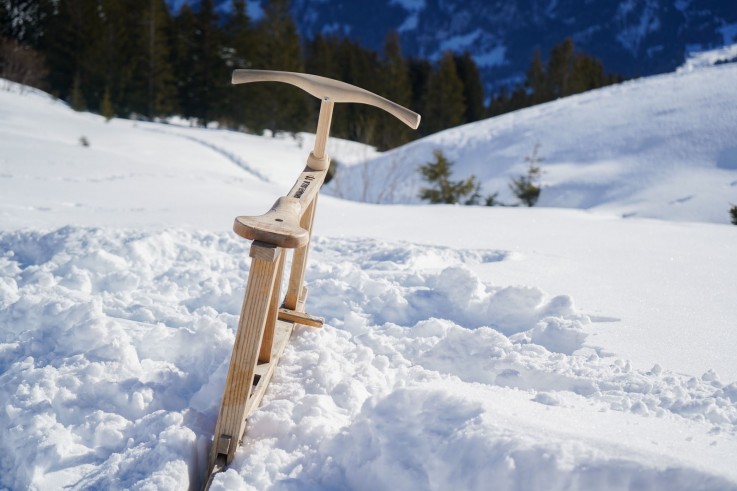 Ergo a velogemel is a wooden frame with two runners and a handlebar attached at the front. You sit upright using your legs for balance.

The Greeks gave the Trojans a wooden horse, Christian Bühlmann gave the Grindelwalders a wooden bicycle with runners.

One gift ruins everything, the other guarantees hours of fun – and this vehicle is quite useful to boot.
But why doesn't Bühlmann just sit on a sledge? Good question: sledges already existed back then – he doesn't necessarily have to invent something completely new. 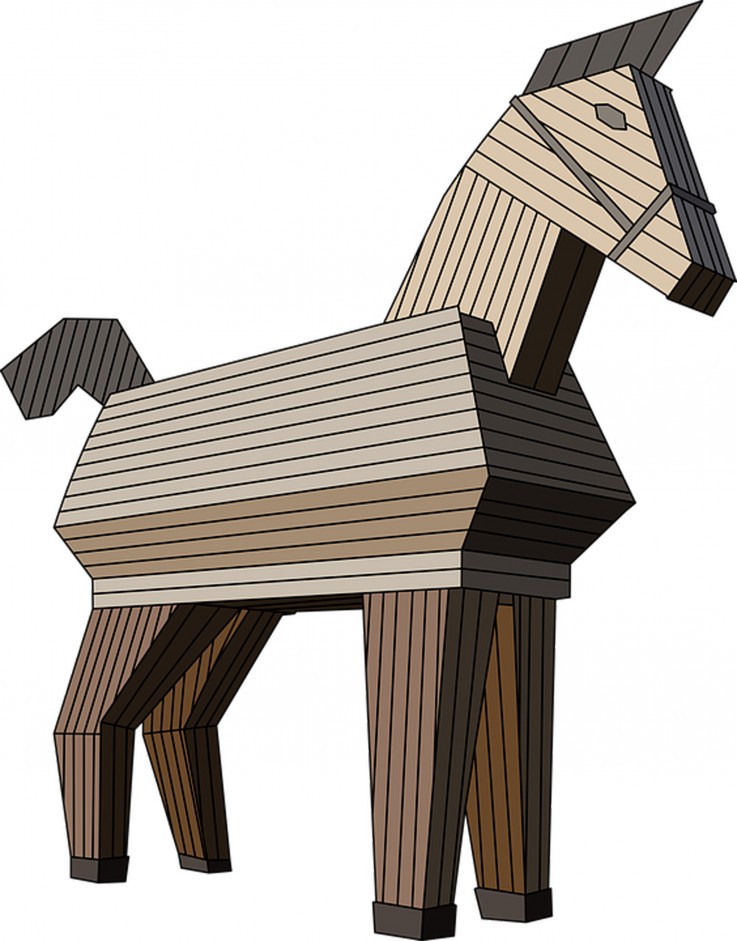 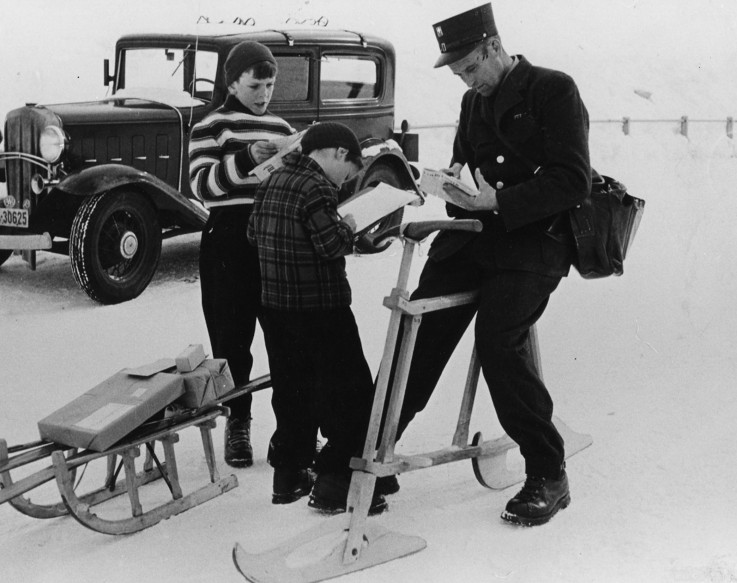 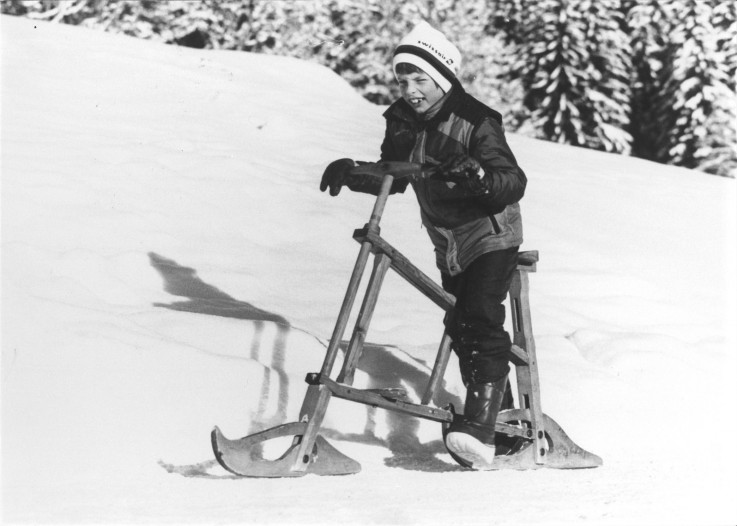 The answer is as simple as it is tragic: Bühlmann suffered from polio as a child, which left him slightly disabled.

Well, a pure condicio sine qua non. Because this much is certain: without this physical limitation, the velogemel probably never would have been invented. It all starts with his father who runs a sawmill. Well, we can already guess what’s going to happen. The son learns the same craft. He attends the woodcarving school, marries and finally buys a sawmill in 1898. Where? In Grindelwald of course – or more precisely: in the village part «Schwendi». The future birthplace of the bicycle sledge.

A practical means of transportation is still lacking in winter.

Walking to «Schwendi» after the evening rehearsals of the music society is not an option for Bühlmann. Nor is there a train. And an ordinary sled is simply too uncomfortable – especially with a walking disability. There's only one solution: the velogemel has to be invented. 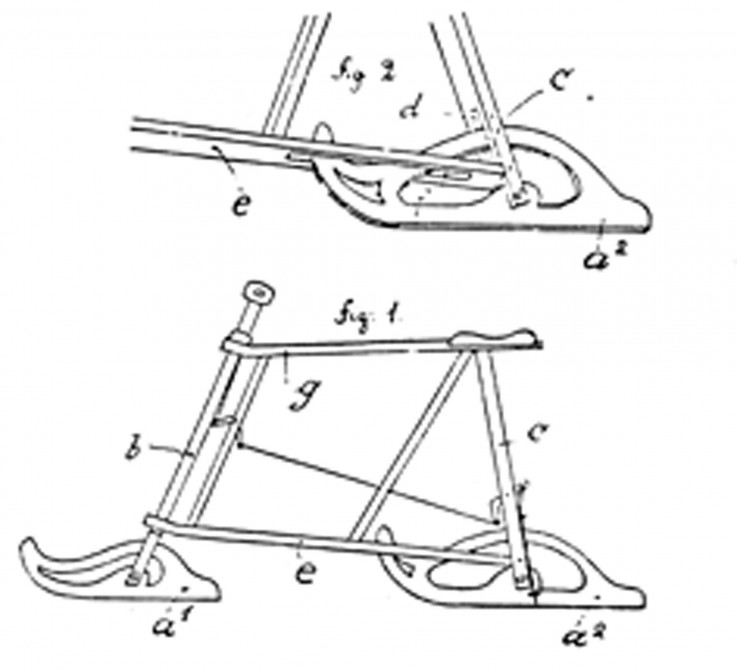 Bühlmann designed the bicycle sledge between 1910 and 1911. He uses ash wood for the frame and maple wood for the runners, handlebar and seat. 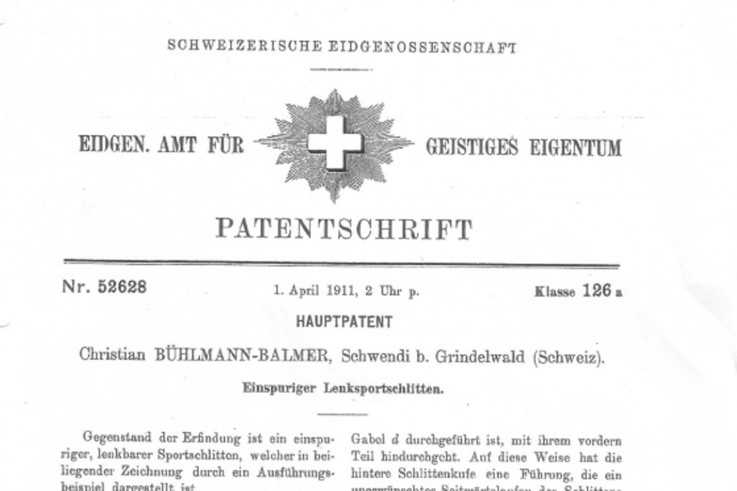 The patent for the «steerable sport sledge with in-line runners» bears the number 52628.

Bühlmann registers it on April 1, 1911. No one can now copy his invention with impunity. He himself, on the other hand, begins to make the velogemel in series. To our delight, of course.

Facts and Figures
100
years is how long a velogemel can be used if properly cared for. It costs around 600 Swiss francs.

It’s time to take a ride on the velogemel. So off we go to Bussalp.

The ride up to Bussalp is already worth the trip.

Here he comes. Our driver. Whistling and laughing. A pleasant sight: this man definitely enjoys his job. That's understandable: driving past the guests in a convoy beeping and honking has to be fun. We love it. And are ready for more.

Markus Guggisberg,
Driver, when asked what to do when he drives by in his PostBus

«Just throw the sledge over the road into the snow and dive and roll after it.»
Facts and Figures
9
kilometres is the descent from Bussalp to Grindelwald.

The velogemel is fast – very fast.

We sit heroically on the velogemel. It accelerates pretty fast going straight. It's a good thing we have our feet. Because braking is useful! Especially before going around a bend. Oh, yes. No experiments. Don’t step on the gas because our vehicle is quite sensitive. But our confidence grows gradually – and every curve becomes more and more daring. 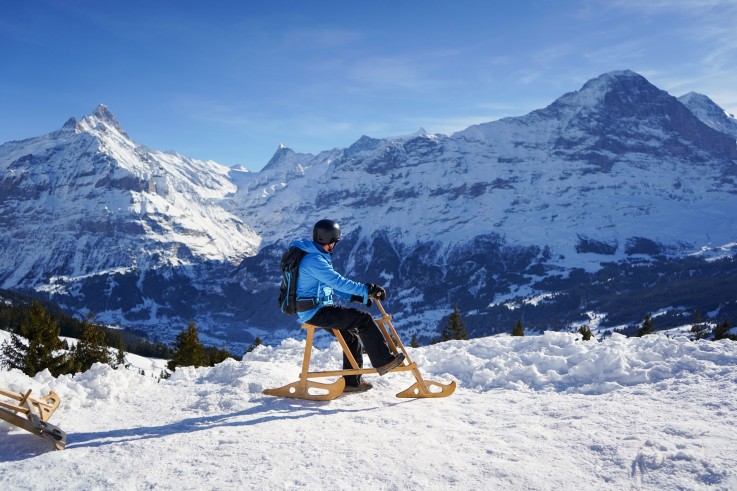 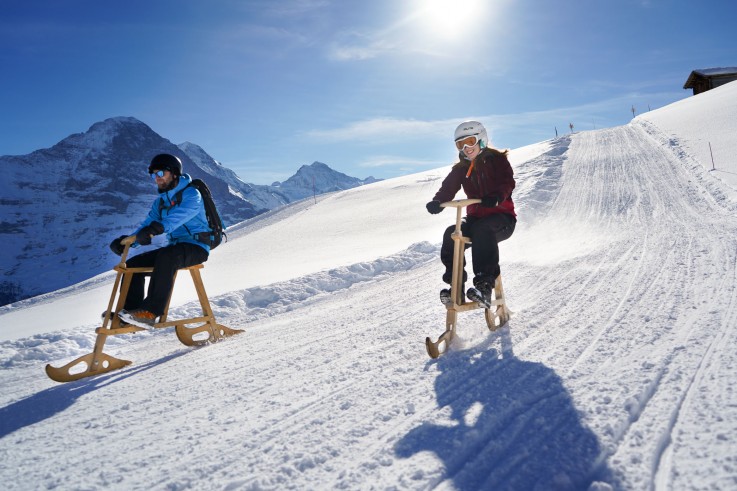 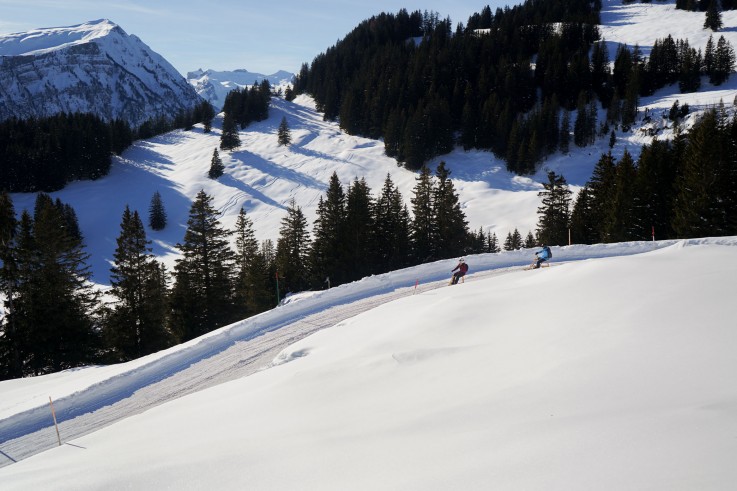 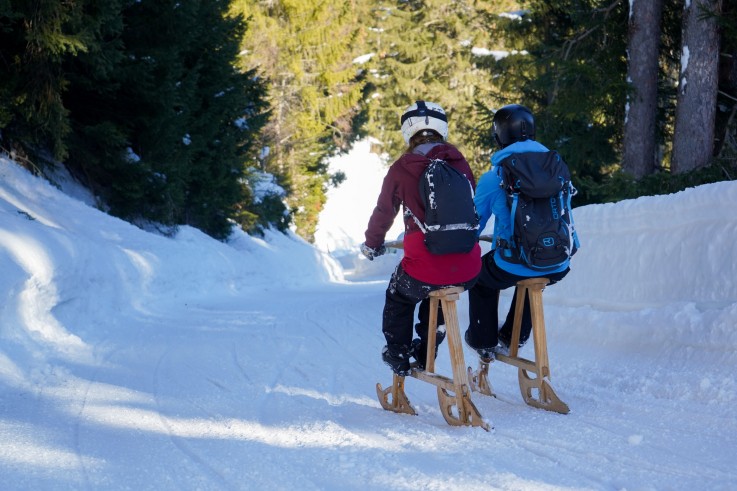 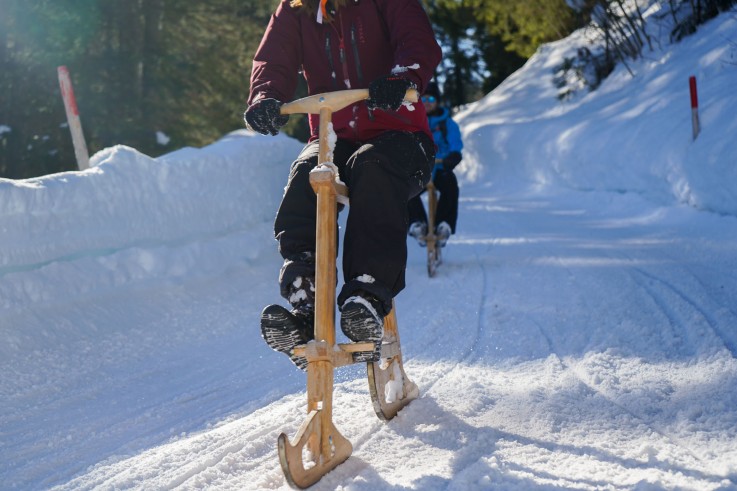 Dreams come true. Okay. Admittedly. It happens rarely. But the dream of a world champion title is realistic. No joke. In winter 1996 Grindelwald organised the first Velogemel World Championships. The starting line is still on the Bussalp today. What an opportunity. Anyone can take part. Let's turn our dreams into reality. 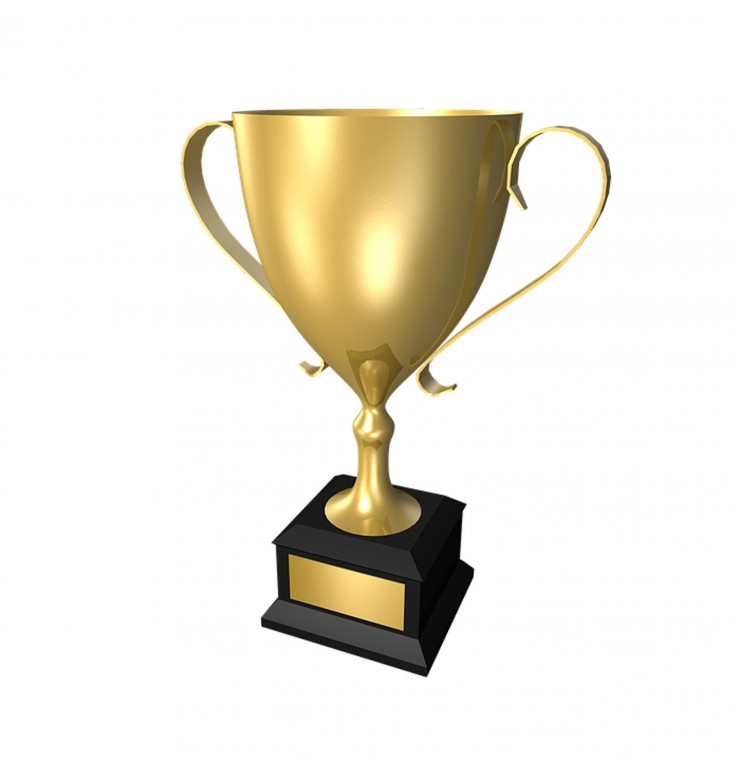 And the moral of the story...

We can also build something beautiful out of stones that are put in our way. Despite the walking disability. A great performance, Christian Bühlmann.

The Jungfrau Region tells its story: 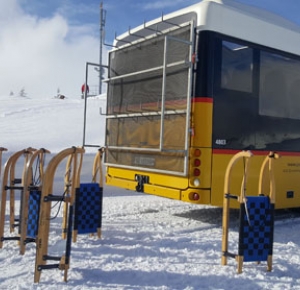 On the sledging run in yellow class. 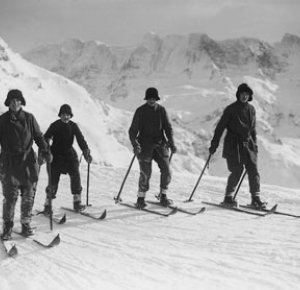 The impressive «ski tracks» of a Brit.